My new mug from Target. LOVE IT. It's probably two cups of tea in one. The inside is grey. And well who couldn't smile with that apple green "hello" on there. 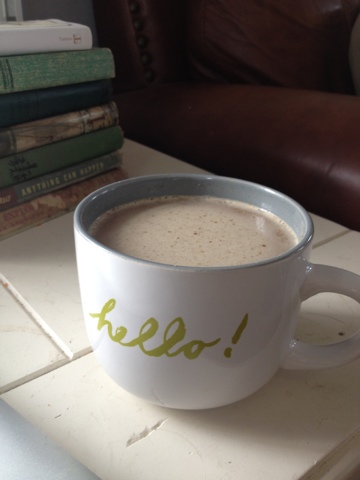 The company Shane works for is originally from Australia and last week one of the guys brought Shane a bunch of snacks from there. The kids LOVED this bag of "party mix." IT's basically fruit snacks. I was cracking up because the shapes are dinosaurs and those fake teeth that kids wear at Halloween. So Avery and Reece were sticking them on their own teeth. 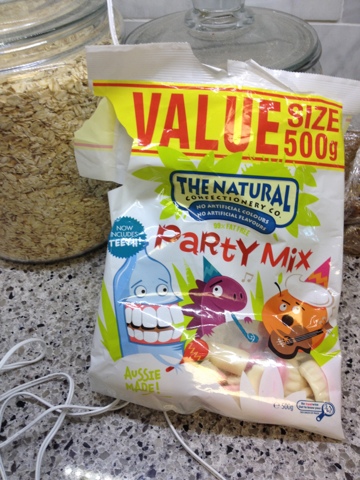 This was one morning she was fussy (which doesn't happen very often). Lorelai ended up propped up between lots of pillows and finally fell asleep. 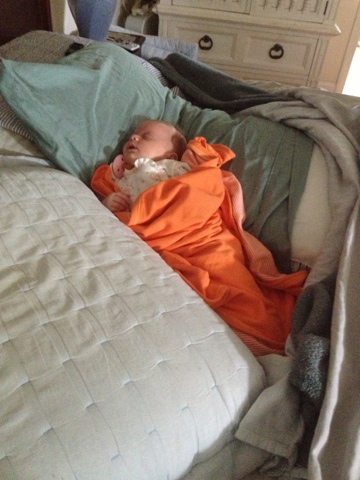 Shane surprised me on our tenth wedding anniversary with an anniversary band. I LOVE it. I have been wanting something that was "shiny" that I could wear without my engagement ring and this is perfect. The diamonds are even princess cut just like my other ring. Thanks honey! 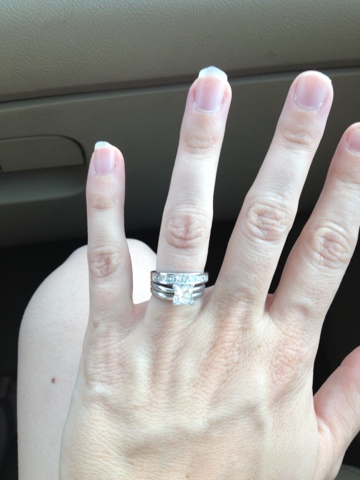 Lorelai's first trip to the mall. She slept the whole time and through out the entire dinner which just happened to be Stan and Judy's wedding anniversary. Nothing like a trip to build a bear and the Disney store on your anniversary! 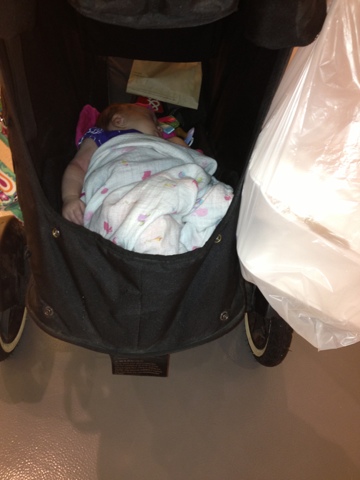 Seriously this is just sweet. 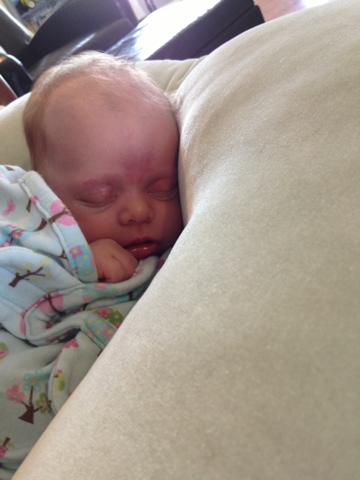 My new t.v. has the best shows

After receiving some money after lorelai was born I scored this awesome video monitor at Target! Originally $300 for $150!!! It has been a huge peace of mind for me since catching her three year old sister sneaking in an picking her up-multiple times! 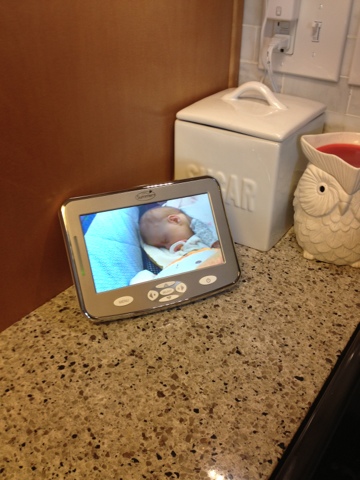 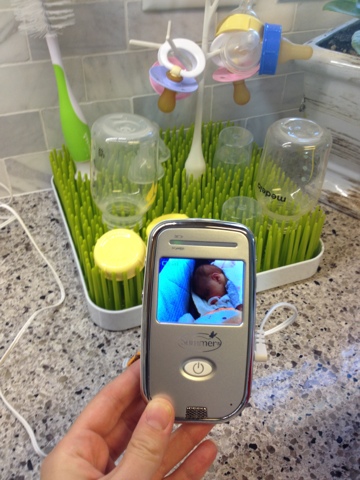