Living in the Virginia Tech area, my honey doesn't get to see his team play very often. But every other year GT comes to Bburg to play VT. And this year Shane and I went to the game for a date. In the past we have taken friends, family, even our kiddos. But this year it was just him and me. And it was AWESOME! Why? Because GEORGIA TECH WON! We went with very low expectations. Every year since we have lived here GT has lost. So when the game seemed to be going in our favor we were floored. And quite possibly the only people besides the parents of the GT players up on our feet screaming our heads off. Thankfully the VT people were very kind and allowed us to celebrate. 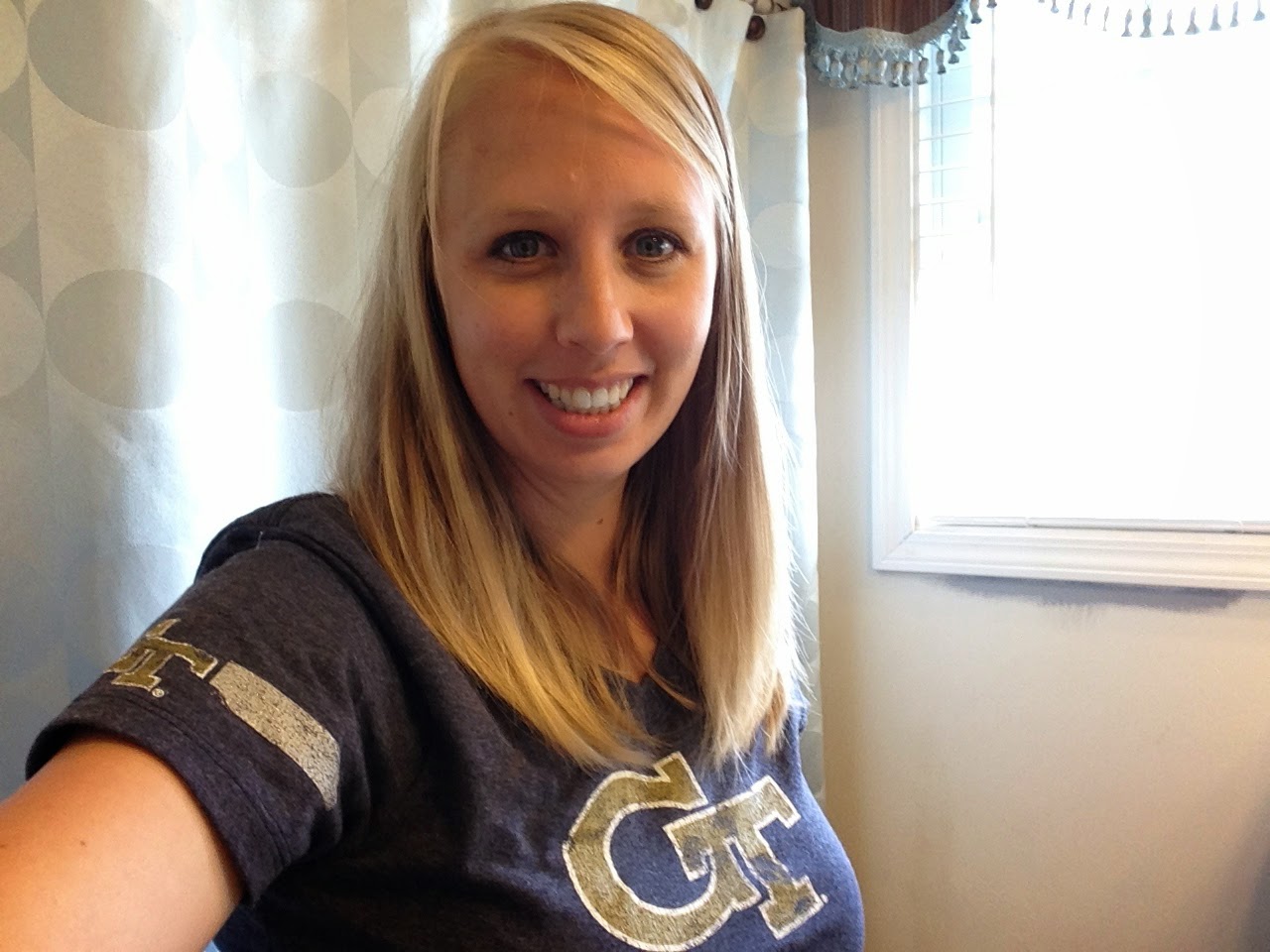 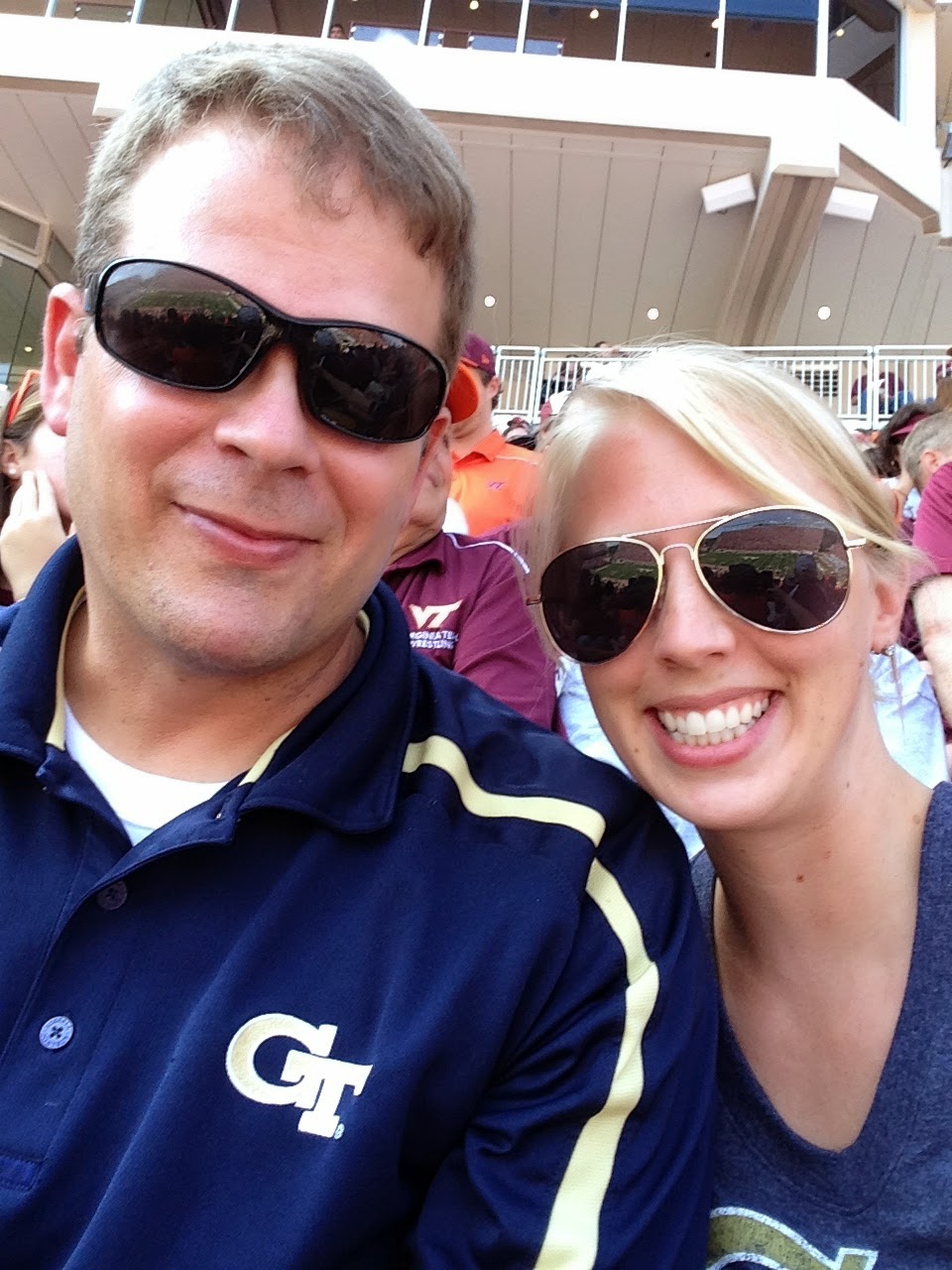 This guy was lots of fun and actually taught me some of the game. Which is hilarious because when they are losing I am not allowed to talk because I frustrate him. So I got to finally use up my daily word count! 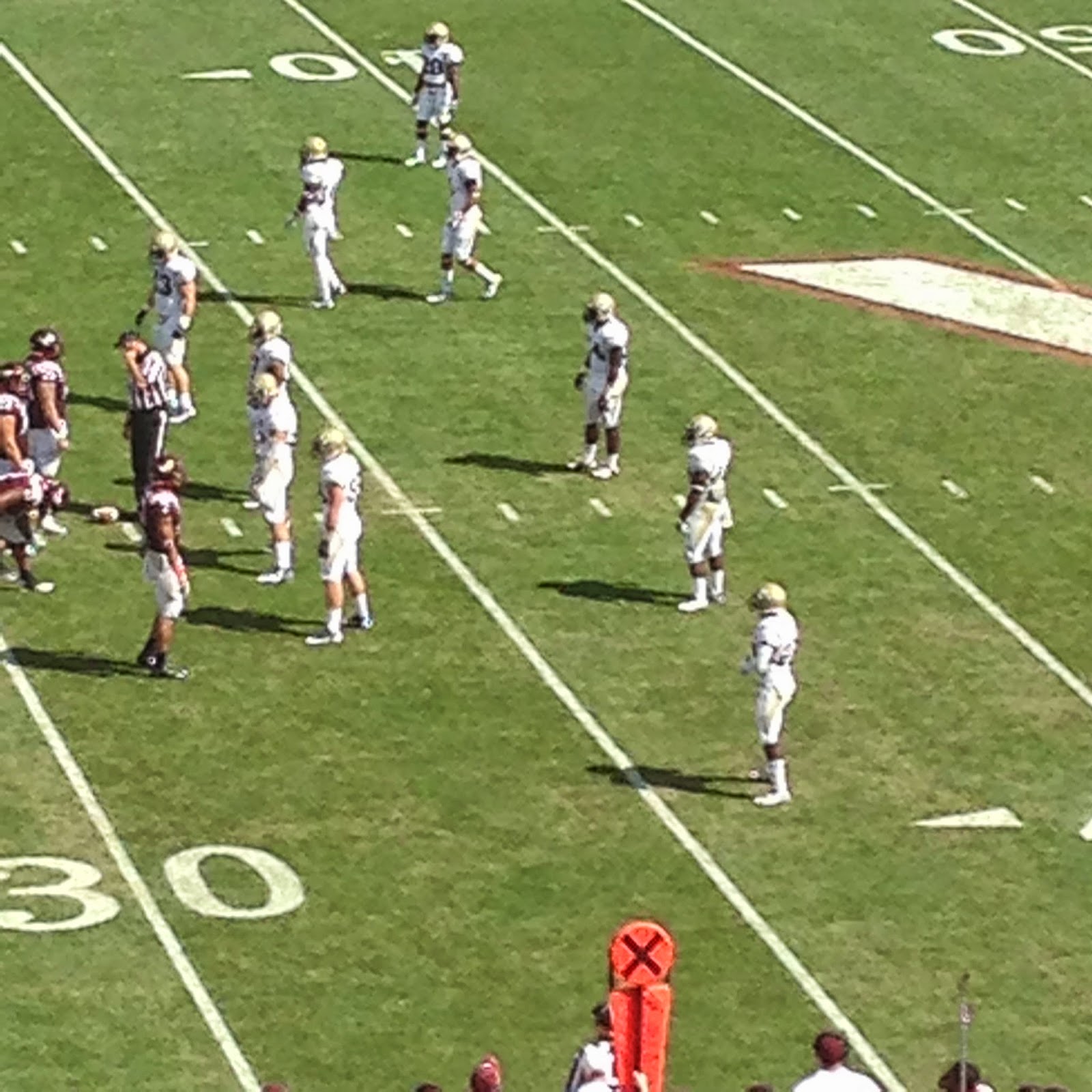 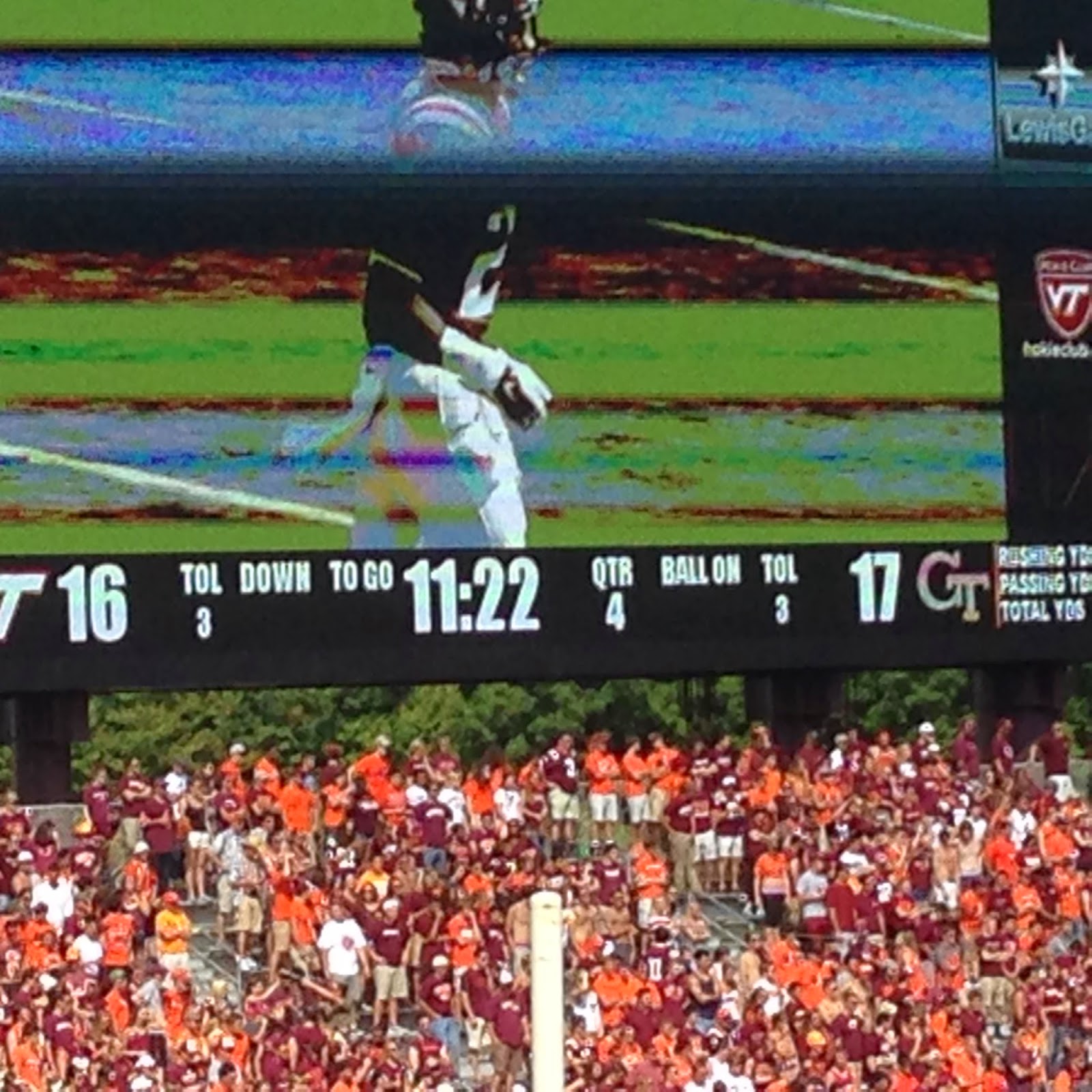 When the scoreboard got to this we were starting to really freak out. 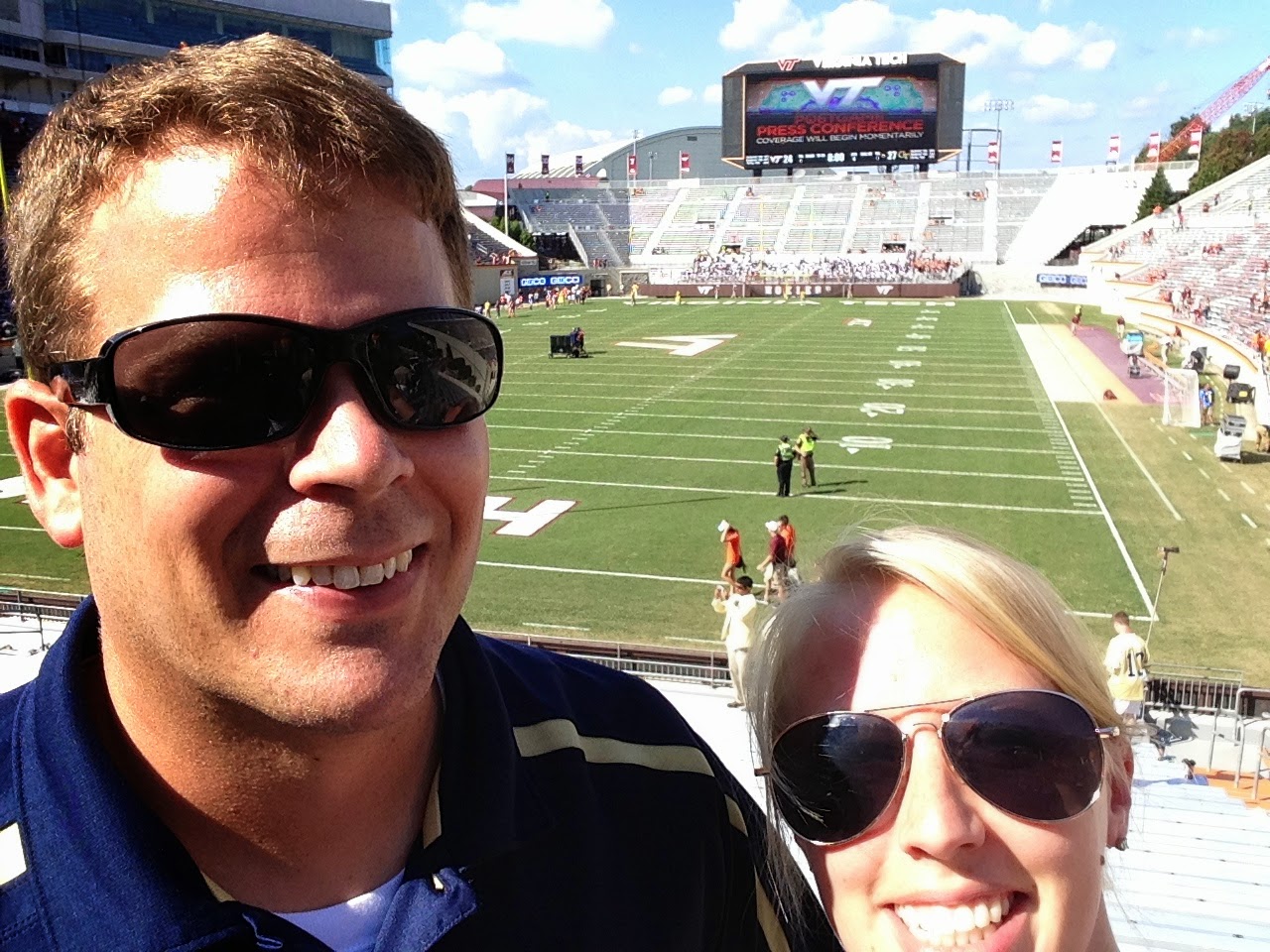 And here we are celebrating after the game. I convinced Shane to go around the stadium to where the players were and guess what? It paid off! Here we are with DeAndre Smelter who has to be one of the nicest college football players. He took the time to talk with Shane about the game and even took pictures with us. Seriously this kid (I can say that now since I am old) had a great game and was really fun to watch. 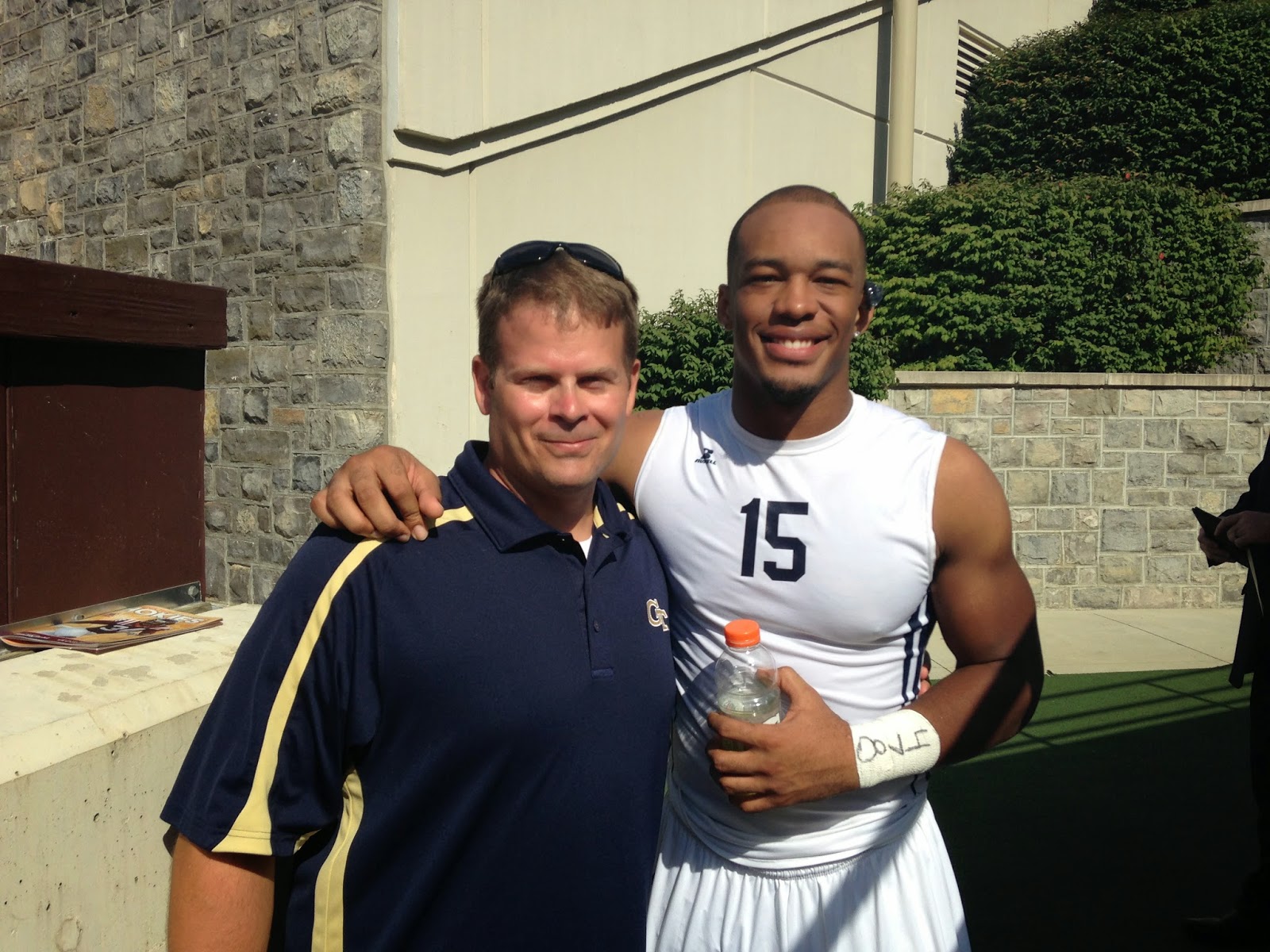 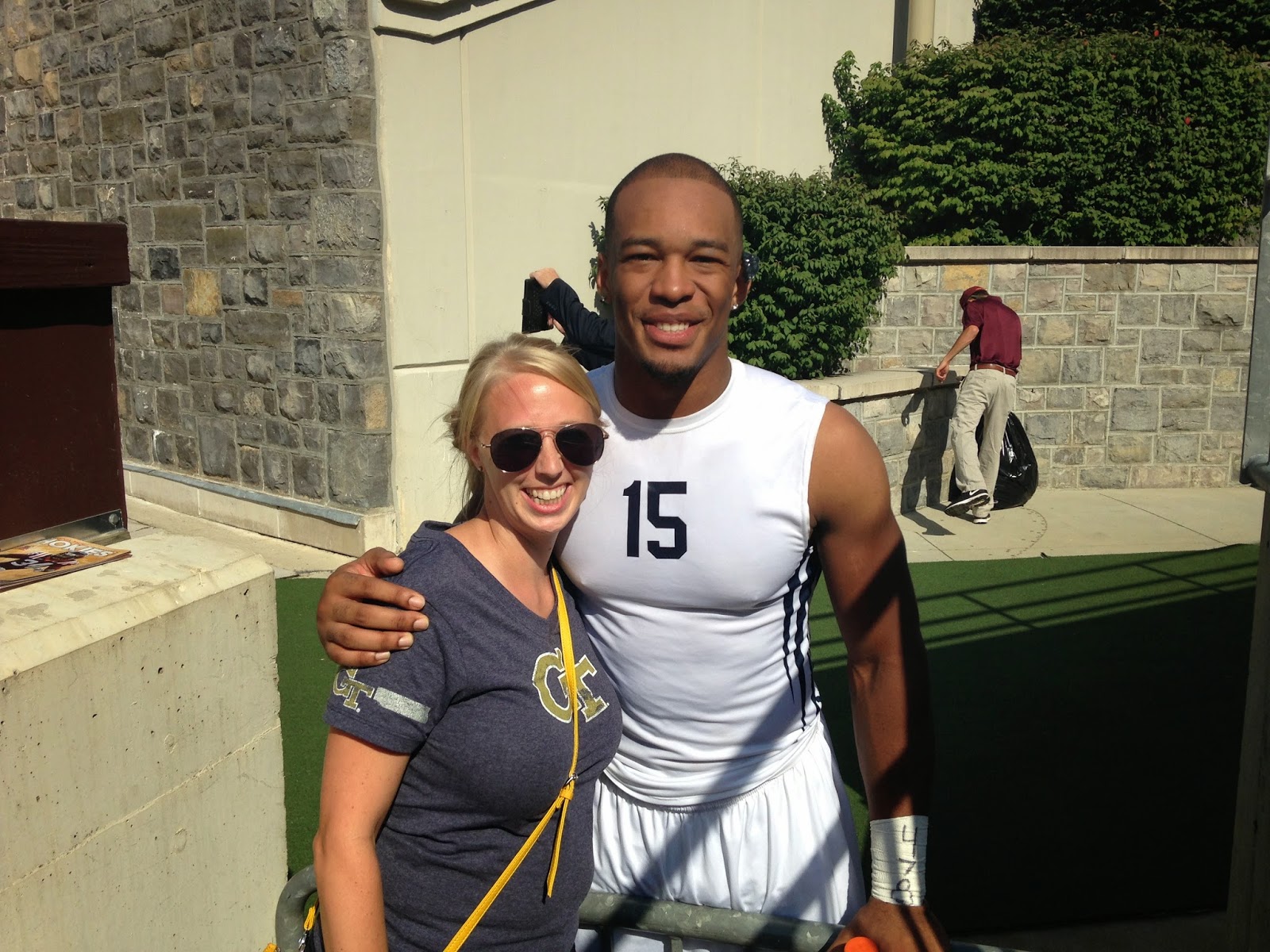 Then we went and hung out where the players get on the bus to go home. I hung out with Justin Thomas' sister, who was also very sweet. You can tell they are so proud of their quarterback. And Shane thinks he's awesome. It's fun to see him excited this year after mourning the loss of his favorite player Godhigh. 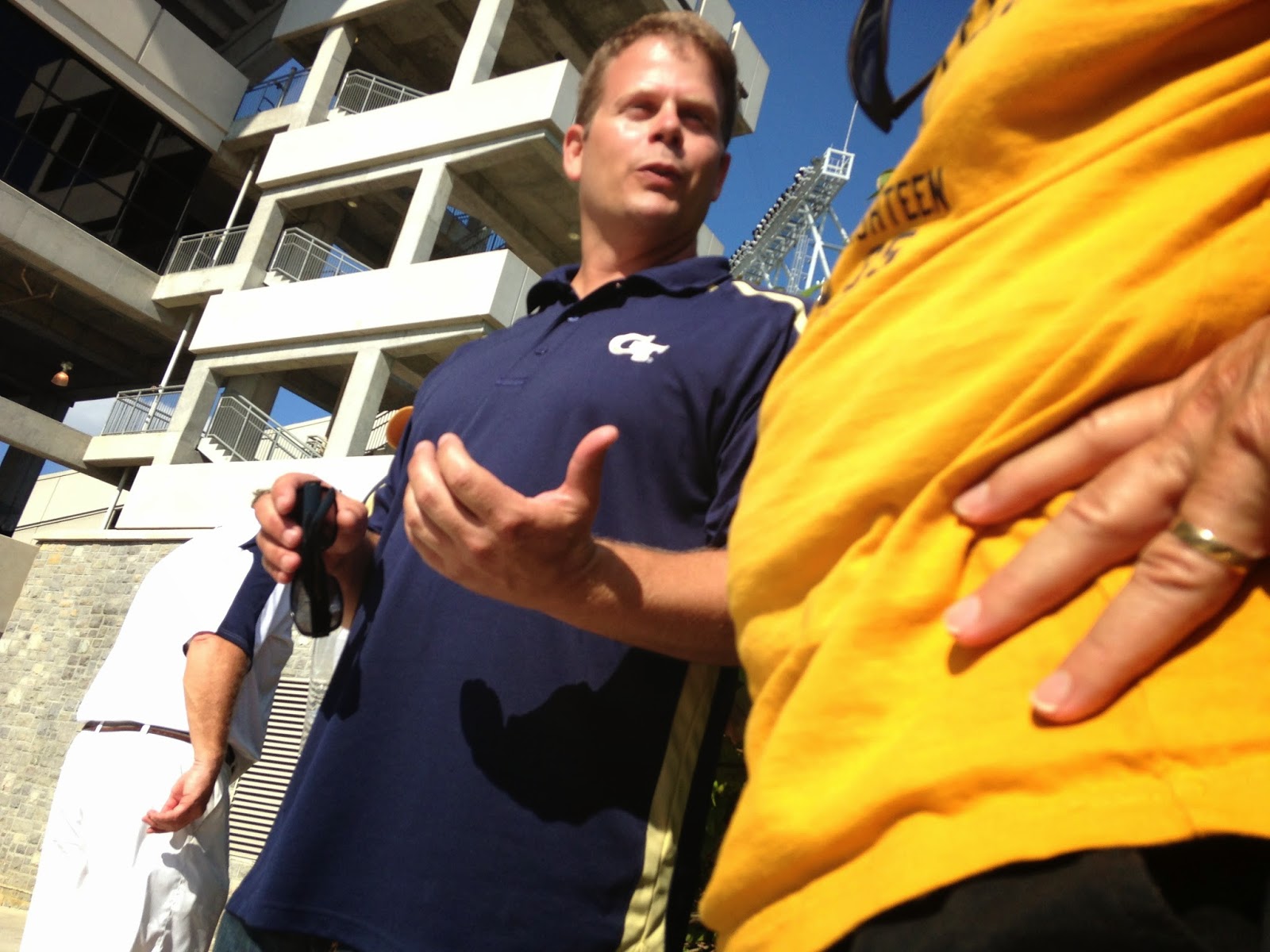 And surprise we saw Paul Johnson too. I am pretty sure Shane was floating at this point. 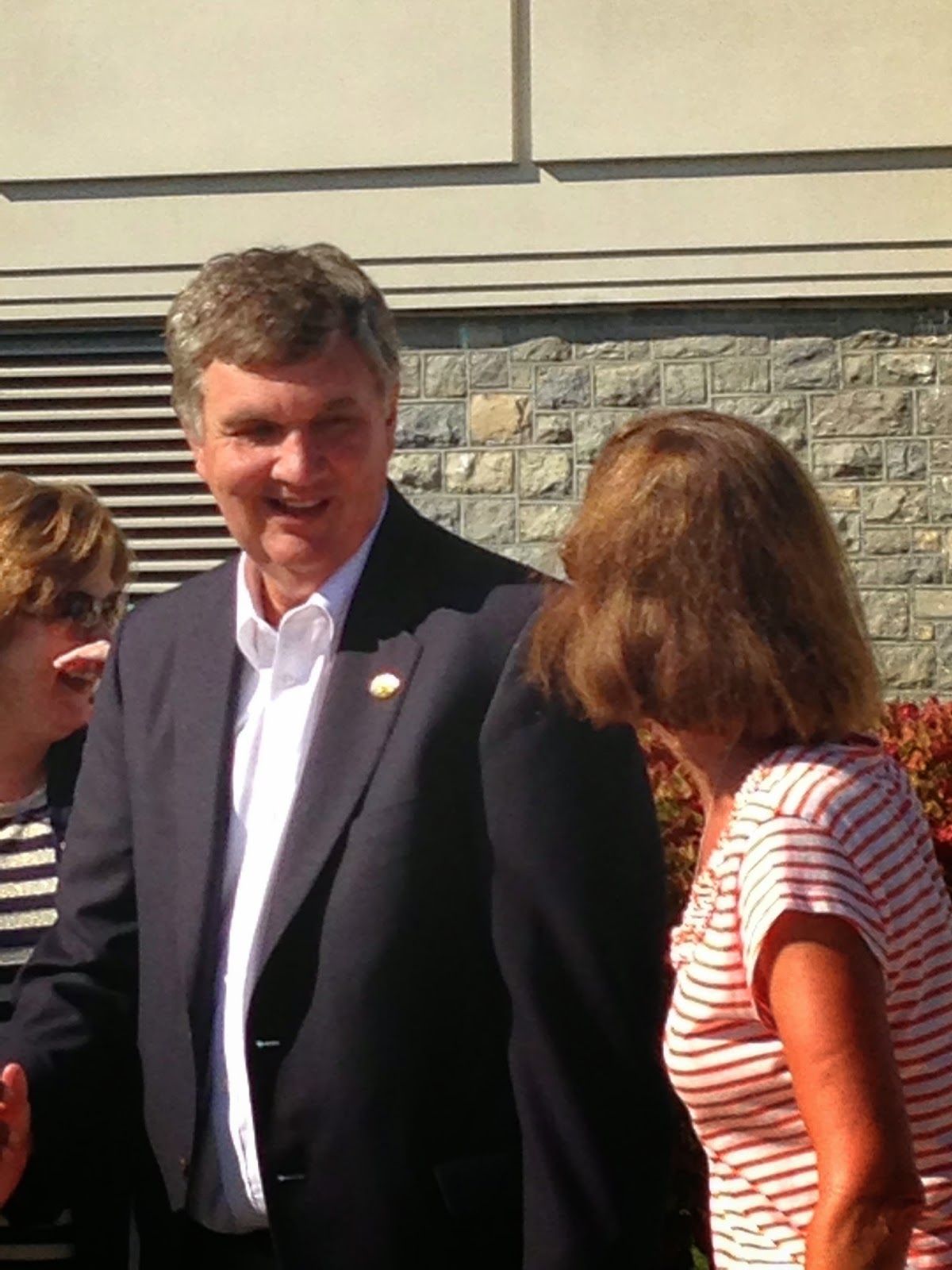 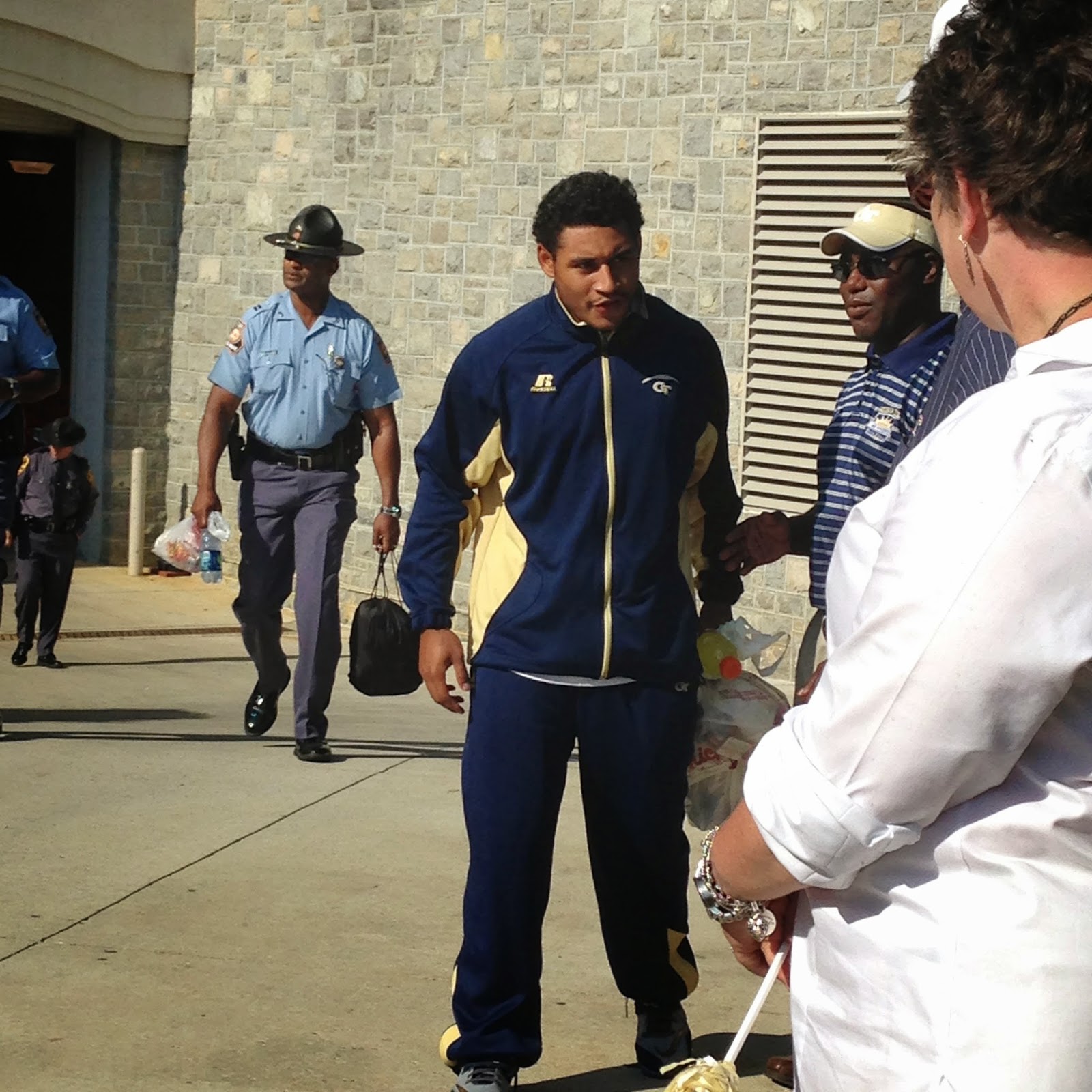 It is tradition for GT to steal the T from opponents signs. One year Shane had decided he was going to do it. I reminded him as an elder at church and the father of four children that it was not an option. Leave that to the young whipper snappers! And it looks like somebody got the T again. (not Shane) 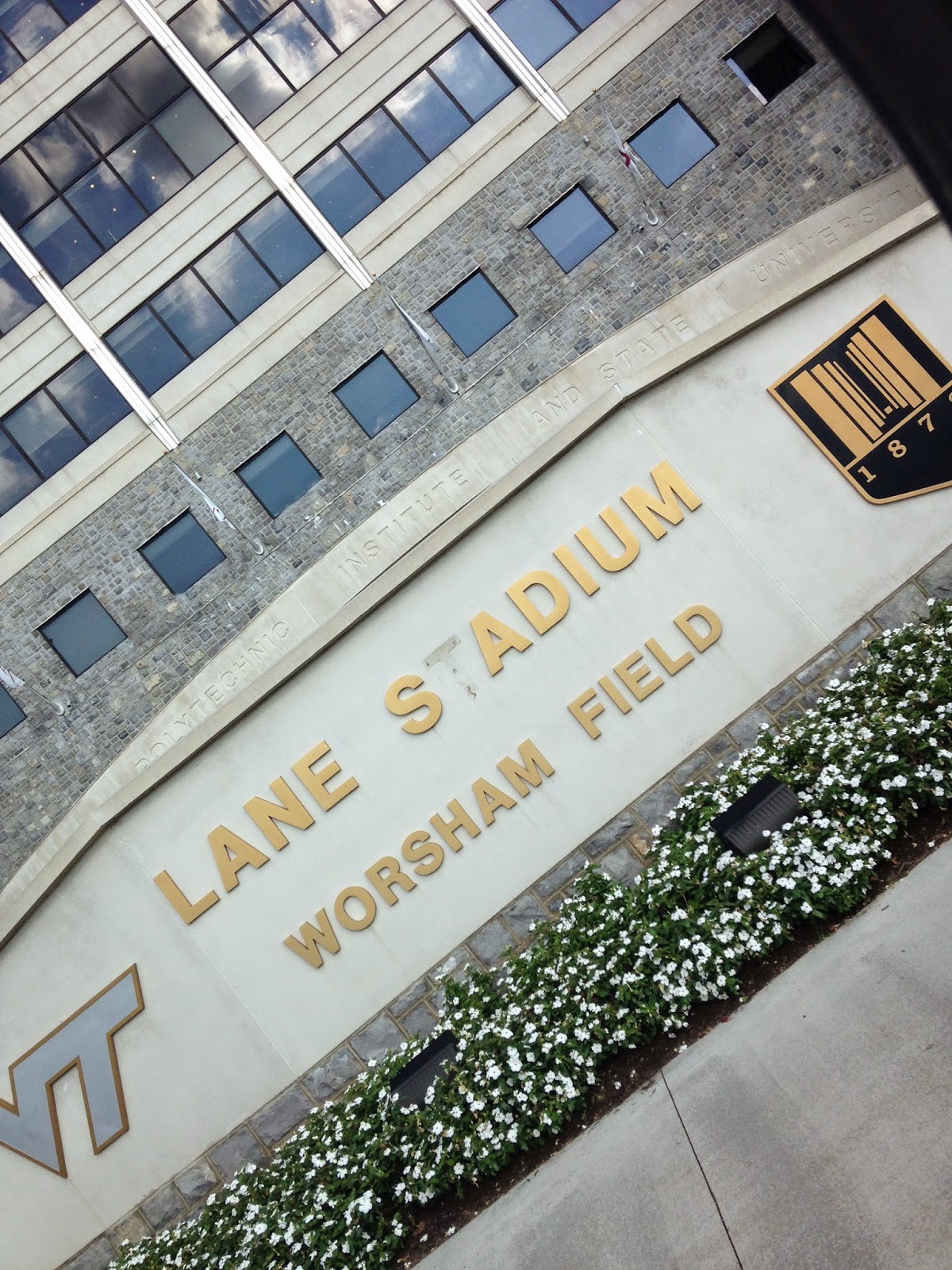 When it was all said and done it was an awesome day. Like besides our wedding and the birth of our kids... it was rated up there pretty high.