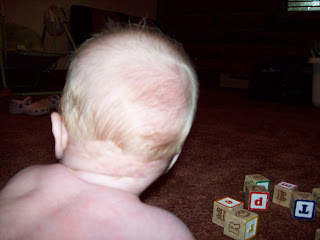 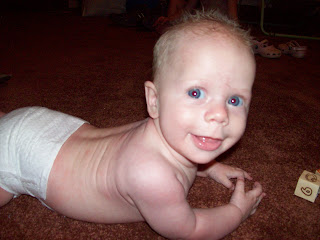 So I decided that my adorable little boy needed a haircut. I like my men to be clean shaven and short haircuts. Let's just say that when I was done I promised Reece that I would NEVER attempt to cut his hair again. I promised him that he could grow it long or I would take him to a salon. You can only imagine what it looks like. The front and top are adorable. The back is scary. His hairline is two inches higher than it was before, AHHHH! I've learned my lesson. Never again. What if he was in kindergarten and I did that to him. He would never live it down. He might be called weedwacker hair for the rest of his life.
Posted by Megan at 8:39 AM

Yea!!! I am so glad you finally sent this to me. My email is byrneslkb@aol.com

I saw Julie at the gym this morning! She looks great, lost like 30 lbs!I hate her ;)