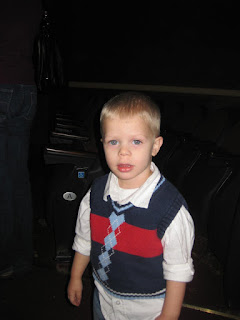 James Hardie's Christmas party this year was at an old movie theater. We dressed the kids up (who've been sick for two days, but we needed to get out of the house) and headed out in the sleeting ice to tell Santa what we wanted for Christmas. Reece went right up and sat on his lap like a pro, we were lucky to get Avery in the picture at all. But she hung in there and didn't cry until ten minutes later when she realized with devastation that she never told Santa what she wanted. Which I eventually told her that Santa might be at the mall this week and I would take her there for round two! 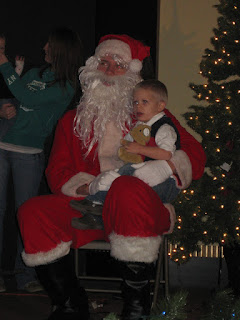 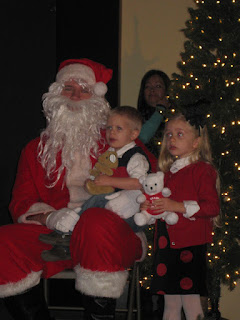 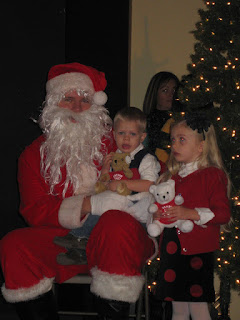 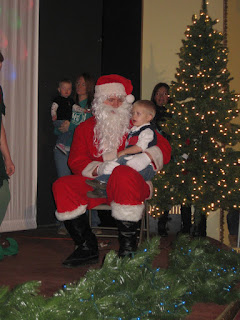 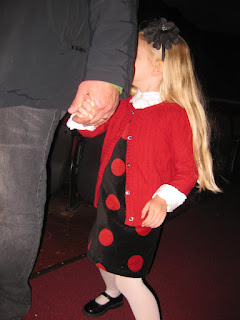 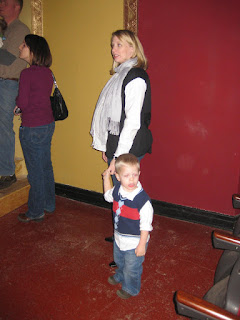 This is about the only shot of me in the last two months. I'm always taking the photos and never seem to be in them. Holy cow! I look like I'm in the last trimester, ha! 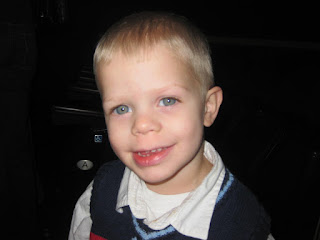 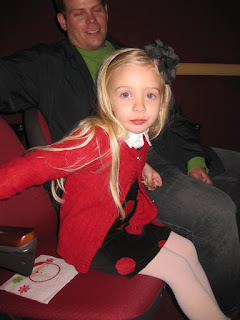 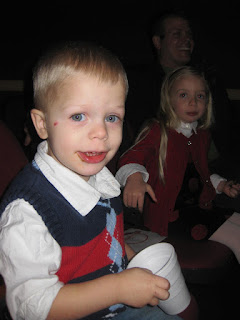 My sweet sweet family. Downing all the candy, cookies, and hot chocolate their little hands could find.

I'm glad they were so brave with Santa! I asked Maizie if she wanted to go down by the big Christmas tree at the mall to see Santa and she told me "no, Mommy you down that way to see Santa. I go to my store."

Mandy- that is funny! Maizie would rather shop than see Santa! True girl!